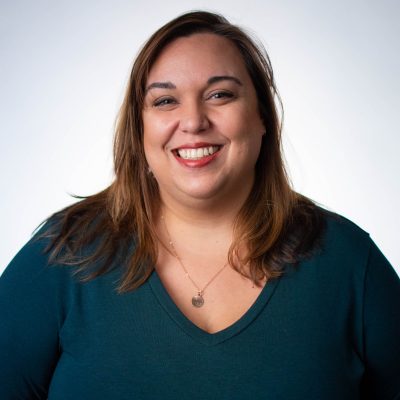 Introduction | With the 12 days of Christmas behind us and a new year before us, we offer you some bonus material for the last two weeks of this devotional series that began the season of Advent. Last week, we finished looking at the particular women who are highlighted in Jesus’ ancestry as presented in Matthew’s Gospel. Now we briefly will look at two other significant women who are a part of the Christmas story – noted specifically in Luke’s gospel account.

Reflection | When we meet Elizabeth, she is the barren wife of a priest. No doubt her infertility has defined her life. As an older woman who was unable to conceive, she would have carried a significant amount of shame and would have felt judgment, real or perceived from her community. She likely would have struggled with her identity as great emphasis was placed on being a mother. In her time, Elizabeth would have felt the burden of her future as well, without children there would be no one to care for her in her old age. Given her position in the community, this must have been extremely difficult. Elizabeth is a faithful woman who desires to be a life giver. A dream that she continues to hope for, even though her physical age of child bearing has come to an end.

Then her husband gets a once in a lifetime opportunity.
A chance to walk in God’s own presence!  What might God have to say to this man who has served Him? Zechariah goes into the Holy of Holies and the conversation he has with the angel is a promise for the impossible: that his wife will have a child. If this story sounds familiar, it might be because it is similar to Abraham receiving the prophecy that Sarah would have a son. (Genesis 18) Like Abraham before him, Zechariah expresses disbelief. Although humans may have a pattern of doubt, God is faithful and just like with Sarah, Elizabeth’s pregnancy carries out that promise

At this point, Elizabeth and Zechariah’s story mirrors the story of the Israelites, who have become the Jews. The start of what we know as the New Testament is really the end of a time of God’s silence in the lives of his people. God’s people have lost their kingdom and are living under the reign of the Roman Empire. The prophets have been silent and God appears to be silent as well. But God is building something under the surface; He has not forgotten the promise He made to send the Messiah. Much like a child is knit together in a mother’s womb, God is crafting his story in places they cannot see. Zechariah’s enforced silence allows for this miracle to be a mystery for a little while. Just like Zechariah cannot speak and Elizabeth retreats, God goes behind the curtain.  The anticipation of childbirth grows as the time to deliver draws near, as the world was readying itself for the Messiah. Elizabeth’s pregnancy is the shadow of the wait for the Messiah.

And then comes John.

John the Baptist as we call him now is the long awaited son of Elizabeth and Zechariah and the ‘cousin’ of Jesus. The prophecy of John’s birth spoke of him as being like Elijah, preparing the way for the Lord. How proud they must have been! John was one of the first to recognize Jesus for who he was, twice. First, before either of them was even born and a second time when John baptized Jesus at the start of his ministry. The priest’s family line, the long awaited son, the promise that he would be used by God as a messenger. Living in the desert and eating locusts may not be what Elizabeth has in mind for her boy. Yet children are rarely exactly who their parents expect them to be. New and especially first time parents are often surprised by how different these tiny infants are from what they expected. Those differences become pronounced as they grow.
In hindsight, we admire and name our children after ‘John the Baptist’, who did indeed prepare the way for Jesus. But this is unlikely what Elizabeth expected for her son. In the same way, Jesus was not the Messiah that the world expected. Especially not the Jewish world. They had been a kingdom to be reckoned with and were now reduced to living under another’s rule. They wanted a King, a general, a warrior! What they received was a child. This infant, of low cast born on a borrowed hillside shelter and placed in a makeshift bed is the savior of the world. This was not what was expected. Where was the hero they so desperately desired? Asleep in his mother’s arms. It would be many years before that child grew to adulthood and carried the burden of being Messiah to a broken world.

Elizabeth’s prayers were not immediately answered. She prayed for many years to have a child. The answer to those prayers did not happen in the way that she expected either. She found herself pregnant at an advanced age with a husband who had lost his ability to speak. She very likely had dreams for her child but her son was selected to do God’s business before he was born. Elizabeth’s prayers were not answered in the way she expected, and perhaps not in the way that she wanted but God used her life and her story to highlight His faithfulness and break a deafening silence. In the same way, God continues to move in our lives when we cannot sense Him. The answers to our prayers may not come about the way we plan them or the way we expect but God is faithful. Just like He saw Elizabeth’s heart, God sees our hearts. He knows our hopes and our dreams. He is with us and His spirit lives within us and continues to work in us.

Consider & Discuss | What hope have you held onto when all seems lost? Where do you desire to see God moving in your life? How has God surprised you? What is God challenging you to place in His hand? Where is he calling you to be persistent with your prayers?

Prayer Focus | Gracious God, when we despair, teach us to cling to your promises. When we feel empty, fill our hearts with memories of your faithfulness. When we are afraid, let us share our hearts with you. Give our hearts hope when all seems lost; remember us when we feel forgotten. Give us eyes to see you moving and a spirit sensitive to your calling and allow us to encourage each other as we seek after you. Amen